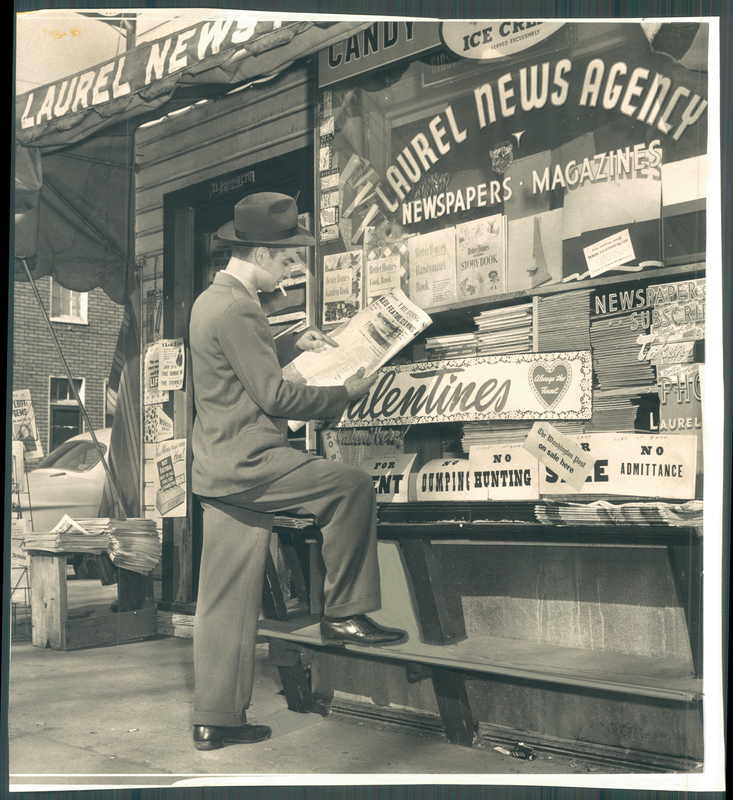 Lost and Found Laurel, took visitors on a trip down memory lane o at the Laurel Museum. Focused on the 1960s through the present, the exhibit explored the shops, schools, restaurants, activities and celebrations that created a fondly remembered community.  Pairing the old and new, it reminded today’s residents that while some businesses and institutions vanished, new, equally memorable ones have replaced them.

The exhibit included sections on schools, restaurants, entertainment, shopping, libraries, and festivals. A variety of objects ranging from trucks to high school football uniforms and varsity jackets to restaurant menus were featured throughout. Highlights included a “Hershey” sign from Knapps News Service, a wall papered with matchbook covers from Laurel businesses, a “restaurant” area with tables and menus, and a school room. Visitors had the opportunity to help the Laurel Historical Society (LHS) identify unknown people and places that are part of its archives.

One section:  “The Good Old Days…?” was a sobering reminder that not all memories of the period were good ones.  The panel incorporated photos and newspaper stories from the 1960s. It reminded visitors that that Laurel citizens were struggling through integration efforts, KKK cross burnings and firebombs and that tensions between the black and white communities were high.

Lost and Found Laurel was created with the assistance of Richard Friend, who manages the popular Facebook page “Lost Laurel” https://www.facebook.com/lostlaurel.  In addition to loaning a number of items, Friend also designed the logo and panels for the LHS exhibit.  He allowed the LHS to raffle off the first two copies of his new book Lost Laurel: The Book during the exhibit’s Grand Opening February 9.  Other object contributors included Jack Bowen, John Floyd II, the Laurel Leader, and Peter and Martha (Kalbach) Lewnes. Support was also provided by the Maryland National Capital Parks and Planning Commission.