Exhibits at the Laurel Museum

Each year the Laurel Museum debuts a new exhibit on a different topic related to Laurel's history.

The new exhibit is on display from February through December each year.

See below for our current exhibit. For more information on past exhibits, visit the Past Exhibits Page. 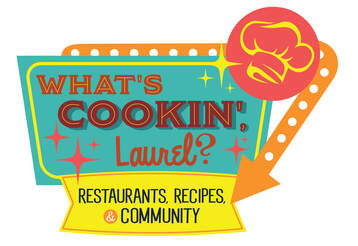 Click here to view a short video on the story behind the 1922 City of Laurel poll book.

Click here to view a short video on the story behind the City of Laurel pool token.

2020 marks the 150th Anniversary of Laurel, Maryland’s incorporation. The Laurel Historical Society celebrates this anniversary by presenting some of the best, and many never-before-seen items in its collection. The often-ordinary exhibited objects tell stories of the people, places, commercial, community, civic and faith-based activities that distinguish Laurel, Maryland throughout its 150 year + history.  For example: an iron dog opens a window into to Laurel’s manufacturing past. A bi-lingual menu reflects the town’s increasing diversity. As part of the effort to encourage all members of the community to visit and enjoy the exhibit, the Introductory Panel will be in English and Spanish, and Spanish versions of the remaining panels and objects will be available.

The exhibit is divided into sections that focus on a different part of Laurel’s story. Laurel Before 1870 introduces the community before incorporation, and features several of the earliest objects in the Museum’s collection including an 1845 Ledger from the Patuxent Manufacturing Company found in the Laurel Museum’s walls.  City of Laurel objects trace the evolution of the community as it incorporated and grew into the town we see today.  Objects featured there include a 1972 Life Magazine of the George Wallace shooting autographed by George Wallace, and a plaque honoring Ruth Sussman, Laurel’s first female council member.

A World War II plane spotter arm band and a 1997 Riverfest poster address both sides of civic involvement in The Community of Laurel. That’s Entertainment visitors can enjoy a bobblehead of Xtra Heat--a champion sprinter honored at Laurel Park, and an antique ruby flashed glass pitcher. Roads, the river and especially the railroad, have played a key role in Laurel’s history, as the variety of train tickets from 1887 to the present remind us in Laurel’s Transportation. An embroidery business at the Avondale Mill used the beautiful patterns on display in the Business section. A school bell owned by teacher Alice McCullough highlights the Grade School Days and High School Years sections. An F stop from a vintage organ at St. Phillip's Episcopal Church and Knights of Columbus sword, scabbard and baldric from 1923 are among the objects that illustrate Building Faith in Laurel. In Home, visitors will see Maude Marie Phelps’ 1922 wedding dress, and something many young folks have never used: a rotary phone. In addition to illustrated panels and displays, a slide show takes us through Laurel’s architectural past and present.

A special section of the exhibit celebrates the 100th and 125th Laurel Anniversary celebrations. Among the special items on display there will be a watch from the 1970 time capsule, buttons,  and a costume worn for several 100th events.
© COPYRIGHT 2015. ALL RIGHTS RESERVED.